As I mentioned before we are currently studying Egypt in Tapestry of Grace. We like to visit the Memphis Zoo but I had never really explained to the kids why Memphis has so much Egyptian architecture and decor. 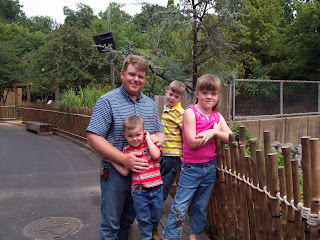 As we drove over the Mississippi River, Kent explained that there was a Memphis in Egypt on the Nile River. Memphis, TN was named after the other Memphis because of the similarity between the two town being on major rivers. He pointed out the pyramid and told them that it was built to be a replica of the Egyptian pyramids but the similarities stopped on the outside. We had a little discussion about Egyptian tombs and burials. 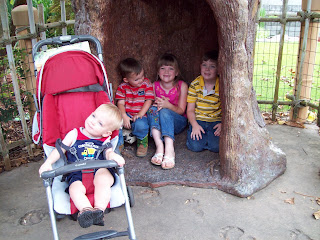 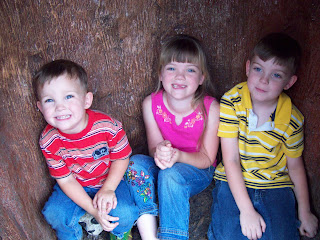 Once we arrived at the zoo, I pointed out all the hieroglyphs and Egyptian artwork on the entrance to the zoo. The kids immediately pointed out that they knew why the little fountain with a "river" was called the Nile. We talked about all the animals that were found in Egypt and even the ones in Africa. 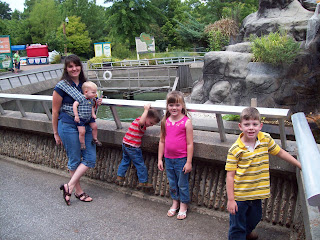 Most of the smaller concession stands were closed (although the weather was so wonderful that frequent drinks weren't needed). Kent attempted to buy a Gatorade out of a machine. It was $2.50 and the machine wouldn't accept a $5 bill. We kept walking and found a Hawaiian Shaved Ice stand. Ben acted as though he was being poisoned but the rest of us really enjoyed it. 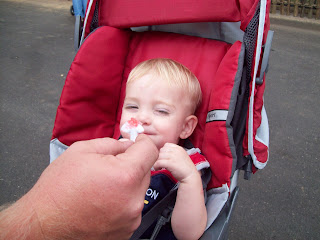 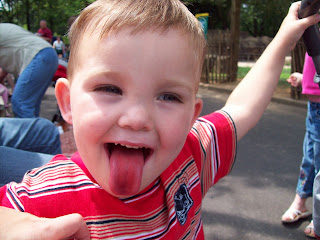 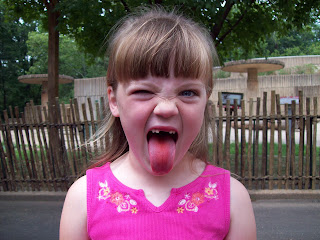 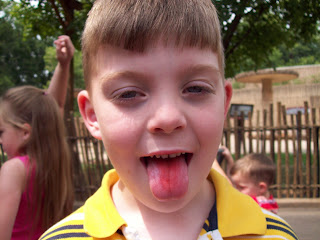 This is one of my favorite pictures from the day. Griffin was walking at this point and ran up to Kent and held his hand. 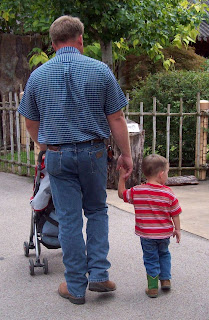