This year Granddaddy made a float for the Searcy Christmas parade. Since Aunt Robin and Raegen were over we all decided to go watch the parade. We picked up Mimi and waited near Berryhill Park. 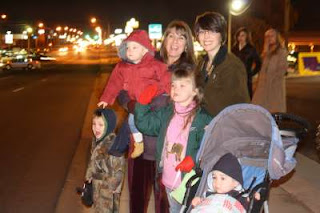 Waiting for the parade to start. 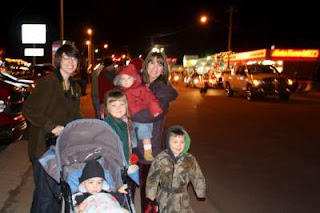 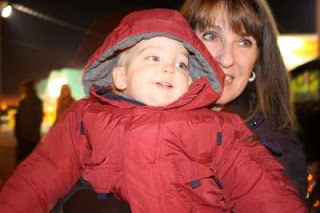 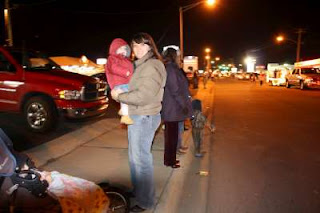 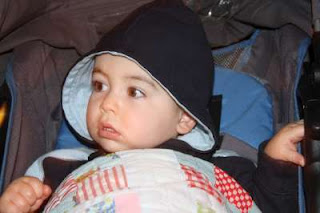 Madisyn was telling all the people on the floats Merry Christmas. I think she had more enthusiasm than all of them. 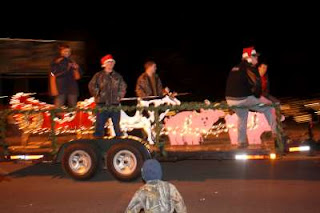 It's Granddaddy's float! Griffin really enjoyed going into the street to get the candy. 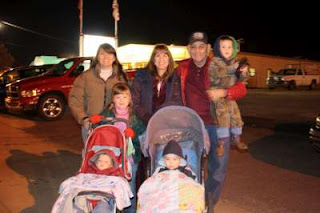 We watched the last few floats with Granddaddy. 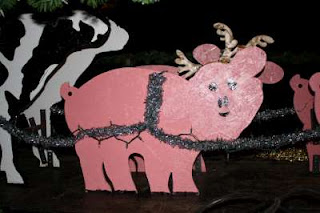 A close-up of one of the pigs. The float consisted of two cows and four pigs pulling a red sleigh. It is sooo cute.
at 9:26 AM