Fun at the Zoo

Aunt Robin and Raegen came over again and this time we went to Memphis. We hadn't been to the zoo in awhile and Henry had never been. 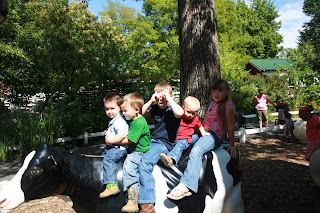 First we saw the monkeys in the farm exhibit. For some reason they climbed on the cow. 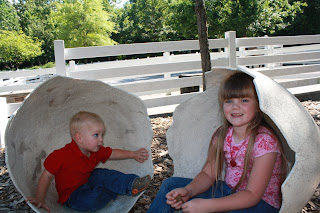 Next, we attempted to solve the age old riddle of "Which came first; the chicken or the egg?". Our surprising finding was neither! Apparently cute little people hatch from eggs. 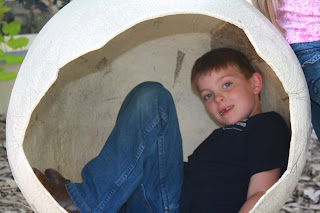 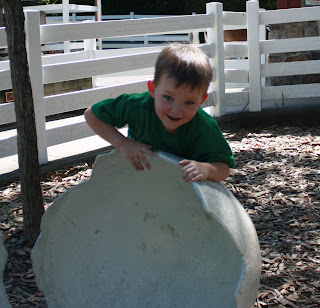 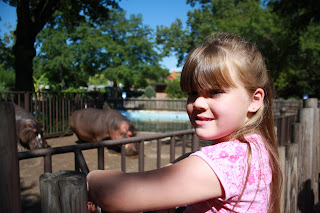 Then, we visited the hippos. The last thing we saw was the Sea Lion/ Polar Bear exhibit. I can't believe I didn't get any pictures of that. The kids had such a great time chasing the sea lions.
You can check out Robin's blog for pictures of that.
We got home much later than expected and were worn out!
at 12:01 AM