Take me out to the Ballgame! 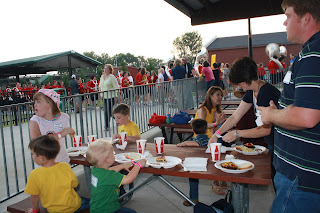 Mimi works for a company that decided to host all of it's agents at an Arkansas Traveller's Game.

Not only did they invite us to the game but they fed us as well. Aunt Robin, Uncle Billy and Raegen were also there.

The baseball game was held the night before a University of Arkansas Football game so we were treated to the music of the marching band. 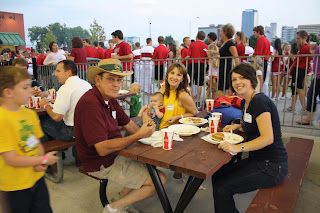 We watched the game from an area with picnic tables. There is no other way to take 5 boys 6 and under to a ball game. We had room to move around, stand up, move closer to the band, get more drinks, etc. It was wonderful. 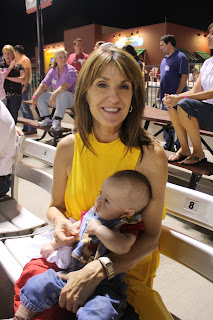 Henry in his first jeans outing. He was great. He slept, ate, and dirtied diapers just like he was at home. 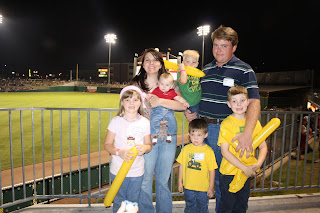 This is the best whole family shot we got. Griffin wasn't happy to be leaving.