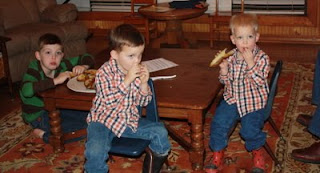 A few years ago we started the tradition of staying home on Thanksgiving and Christmas day. We will travel to other places to celebrate but on the actual day we stay home. We invite anyone who would like to join us to come over. We had a really good turnout this year. 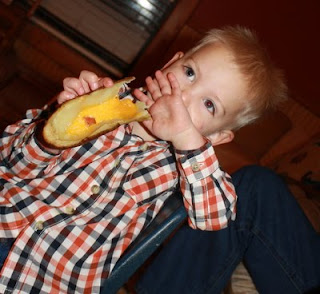 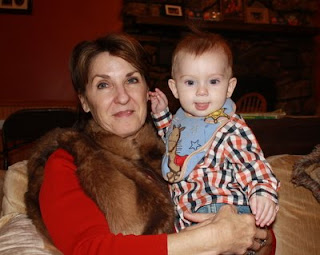 Mom and Dad were able to come. 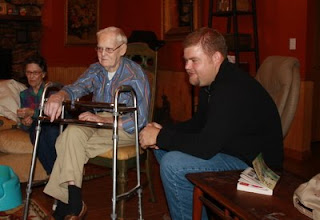 As well as Uncle Kirk and Grandma and Grandpa Lawrence. 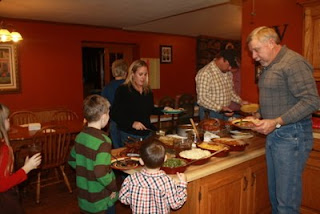 Uncle Phillip, Aunt Vicki, Brooke, Joey and Calen joined us as well. We had plenty of food. The kids requested Nana bring a banana pudding, fried potatoes and dressing. Aunt Vicki brought a whole smoked turkey and several sides. We had a TON of food. I'm sure we could have easily fed twice as many people. 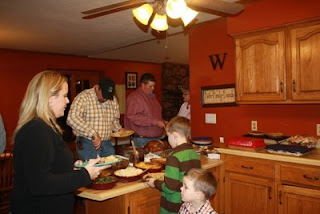 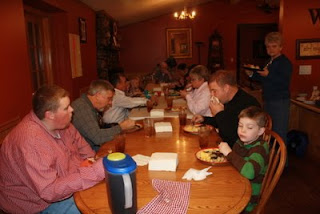 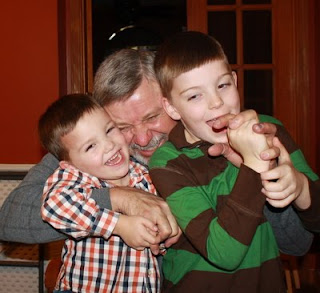 I'm not sure who is having more fun here - the boys or Uncle Phillip. :) The kids all have a special fondness for Uncle Phillip (and the rest of the family!) and want to invite him to anything they can think of at our house. They love for Uncle Phillip, Aunt Vicki, Brooke, Joey and Calen to come over. 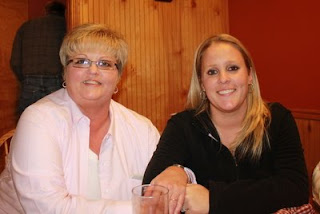 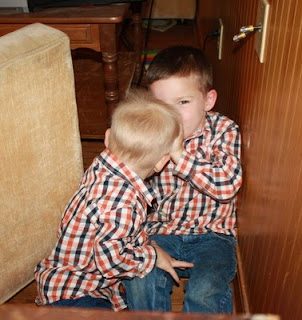 We did some minor rearranging to facilitate photo taking in front of the fireplace and Ben and Griffin determined that the triangle made by the wall, couch and school chest were great for hide and seek. They kept poking their heads through the cracks and saying "You can't find me" and "Where me at?". LOL 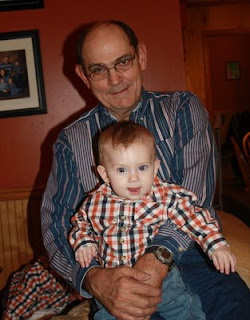 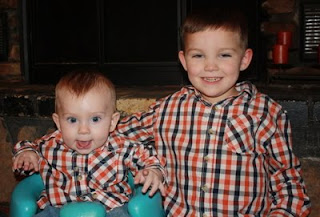 Thanksgiving was also Henry's 6 month birthday and Griffin wanted in on the pictures with "Walter Henry bug". 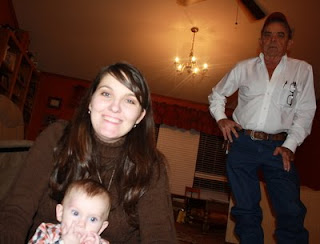 When I finished taking their picture Griffin wanted to take a picture of me with Henry. I think he needs a little practice and maybe two feet added to his stature. LOL 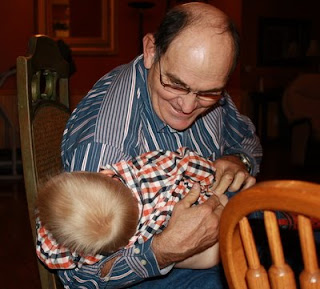 Ben was playing a game with Granddaddy where he would get in a chair and jump on Granddaddy. Granddaddy would tickle him, Ben would act like he didn't like it and then do it again. :)
at 7:45 AM