You know you've been without TV service for a while when your children are super excited about going to see a septic tank put in. HAHA 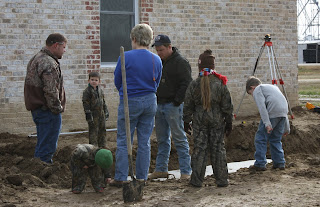 Seriously, they donned their warmest clothing and we headed to Nana's for the next big step towards completion of the house. (and we really don't miss the TV ;) ) 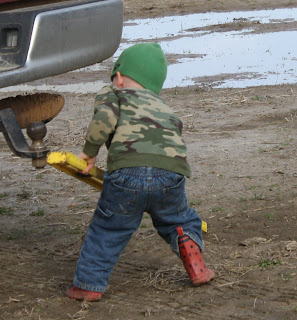 Ben wrestled with this level for some time before anyone realized he really shouldn't have it. He was trying to get it in the bed of Uncle Kirk's truck but either it wasn't quite long enough or he wasn't tall enough. 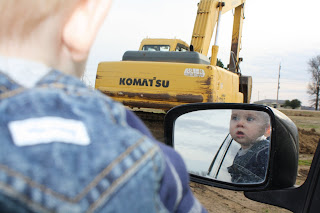 I love this pic of Henry, he was really into watching the excavator put the dirt back. He squealed and kept trying to inch his way further and further out of the window. 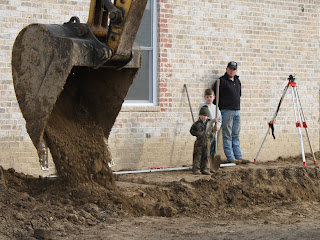 There was extreme disappointment when it was time to head home. I think they watched for close to 3 hours (tank setting and covering). If any project involves big machines, our kiddos are right in the middle of it.