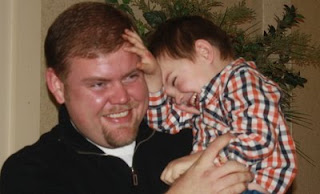 One of Kent's aunts passed away recently. While a death is the family is always difficult to handle, it does give us the opportunity to get together. I enjoy looking back over days like this one and seeing the joy in the midst of sadness. 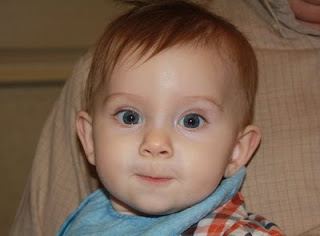 After Aunt Barbara's funeral several of the aunts, uncles, and cousins went to Kelley's. Kent and I were really surprised when we realized how much younger our children are than most of his cousin's children. There is a little girl that is 6 and then the next youngest (outside of ours) is 12. 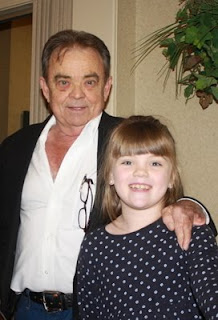 Madisyn and her papaw. She never misses a chance to smile for the camera. 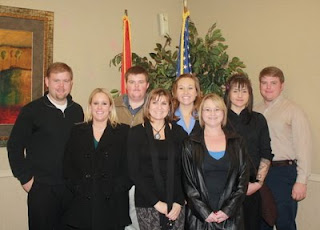 Kent and most of his cousins on the Witcher side. 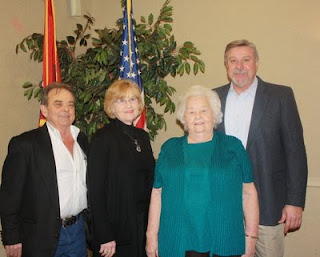 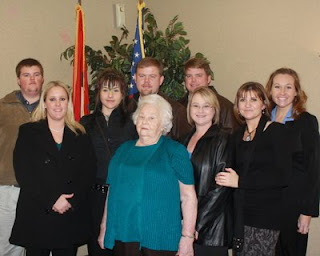 Mamaw with most of her grandchildren. 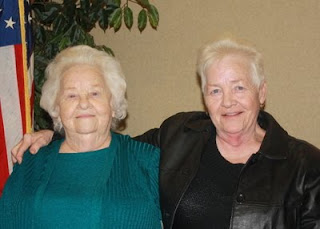 Mamaw and Aunt Shirley. It wasn't until I was going through these pictures that I realized how prevalent blue eyes are on the Witcher side. I have blue eyes but most of my family has hazel or brown eyes. Most of Kent's have blue (as do our children). 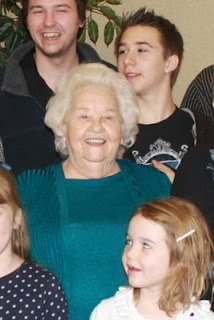 I thought this was a good shot of Mamaw. The funeral was especially difficult for her. Ben was acting up and Kent was trying to get him to smile. Most of the kids were looking and Kent/Ben and Mamaw found some joy in that moment. 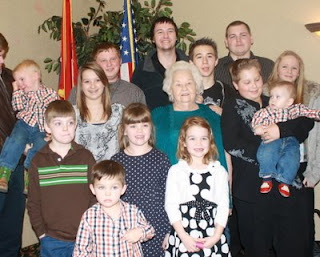 Mamaw with most of her great-grands. I know of at least 5 or 6 that are not in this picture. 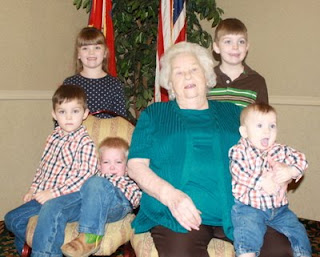