Over the Christmas holidays I was asked how early the kids get up on Christmas morning. When I replied that they slept until 7:30 - 8:00 the inquirer was shocked. I told her that Christmas has nothing on auctions. LOL If there is an auction and the kids are getting to go they will get up at 5 AM and be cheery about it! 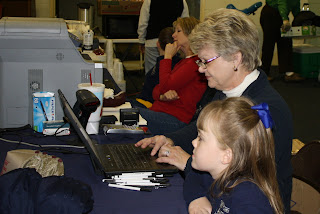 This auction was no different. We had attended the open house and had found the lots we desired. We were aiding a school district in disposing of unused materials. The buildings were we conducted the auction had been empty for a few years and vandals were laying claim. 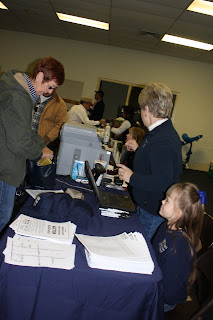 Madisyn loves to be Nana's assistant. I don't know which one of them is looking forward to Nana retiring the most! 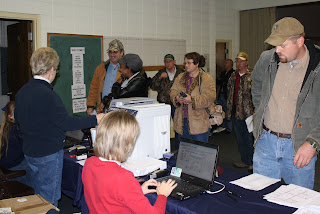 We had a good turnout, especially for such a chilly day. Most people arrived in their "huntin' clothes" and were quite pleased that the entire sale would be conducted in the auditorium using a power point type presentation. 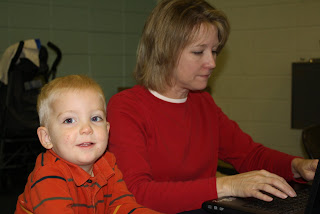 Ben was working hard! I had Henry wrapped so I could chase Ben. He isn't quite old enough to stay where he's helping so Henry and I had to be extra mobile. 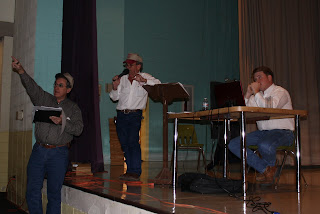 The auction company is a family business. Kent is one of the owners along with his dad and brother. 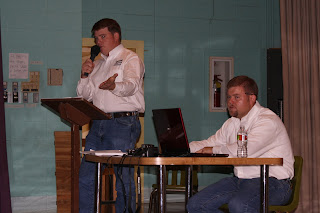 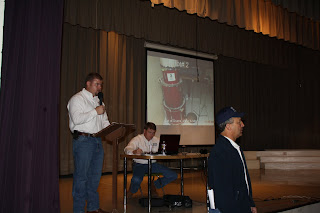 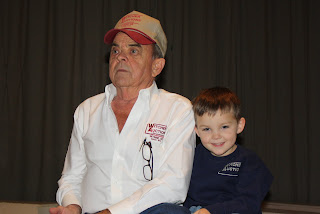 One of Griffin's favorite places to be. (He's frequently called little Kenneth.)
at 6:02 AM