Have it your way 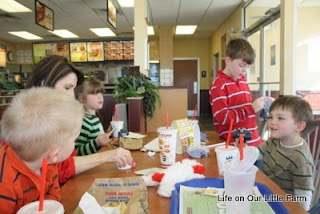 Last Friday the kids and I were heading to Little Rock to meet Daddy at a convention {more on that later ;) } so we met Mimi and Granddaddy for lunch. Burger King is a popular place to meet for 3 reasons. 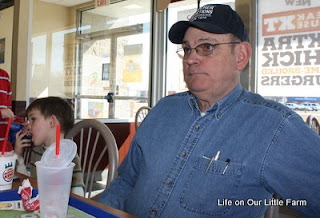 It's close to Mimi's work so she can meet us easily. They don't have a playland/ground so there's no arguing when it's time to go. 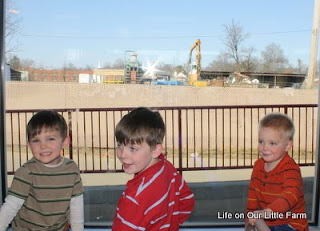 And #1 - it's next door to a scrap yard so 3 out of 4 boys are very entertained. It's also at a busy intersection and we saw several trucks hauling backhoes. Backhoes are one of Ben's new favorites. He gets Kent's phone and begs to see the backhoes. Kent has pictures of equipment that he has bought or someone is trying to sell him. Mommy has scored massive Ben points because I can look up backhoe pictures on the internet on my phone . I've even bookmarked a site of nothing but backhoe pictures. :)
So dinner, a show, and an early start on clogged arteries all for only $20. 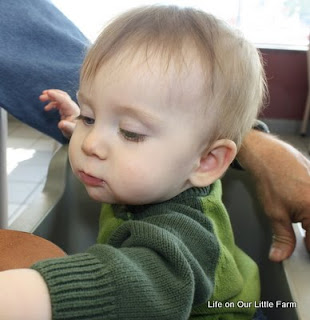 Henry had a good time because he had his first taste of fast food french fries. I think he's hooked! Good thing we don't eat there often. LOL