PETA would be proud

Recently the M family treated the Soaring Eagles 4-H club to a day at the farm. Mrs. Jennifer invited all the kids (and several parents as well) to come and build bird houses. 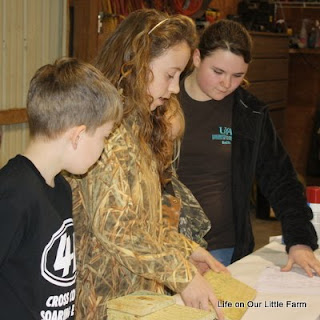 First Jenna explained how the houses would be assembled. Each child got a stack of already cut materials. 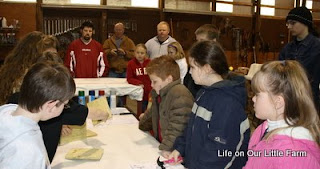 Then we turned them loose with hammers. Sort of . . . 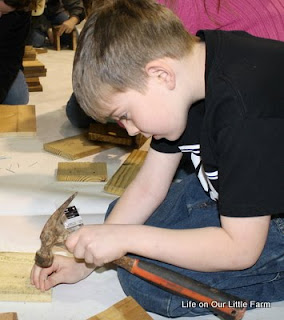 The nails were a bit on the flimsy side so they kept bending. I helped Ty and eventually we got everything to work. 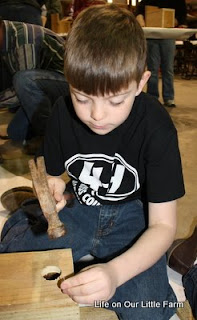 Ty has a habit of breaking into a few words of hymns. Out of the blue I find myself startled by bellowing of "Amazing Grace" then nothing, few minutes later a few more words. He kept doing that while hammering. :) Henry was in the wrap and actually slept through the sound of 15 kids with hammers! His position on me and the fact that the table was full so we were in the floor made it a little hard on me. If only I could sit like Ty. 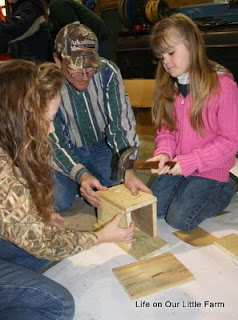 Since I was helping Ty, Madisyn was on her own. I had plans to get Ty started and then help her. I looked up and Jenna was helping Madisyn. She was holding the boards and letting Madisyn do all the hammering. She never once tried to take over. 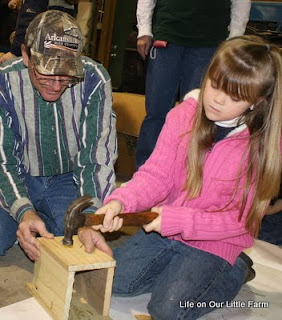 When Madisyn and Ty's birdhouses were completed I realized that Jenna was just starting hers. I have to say that she is one remarkable young lady. She helped someone else even though her own project was started. AND she helped with the "grunt" work aspect. I hope that our children show themselves to be as self-less as Jenna. 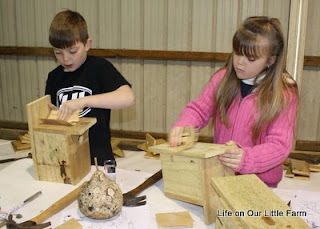 Once the houses were assembled it was time to sand . . . . 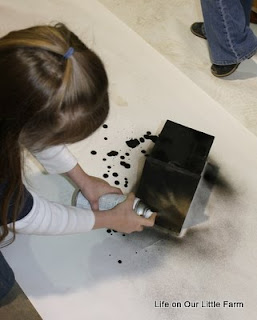 Between the sanding and painting stage, we had a hot dog lunch. Mr. M cooked and we all ate. You could easily tell that my kiddos don't eat chips and cookies often because I think they each ate their weight in Cheetos and Chips Ahoy.

We had some trouble with the paint we brought for Madisyn. I don't think it was shaken before she began and the nozzle might not of have been on straight. Her hands are still covered in paint. 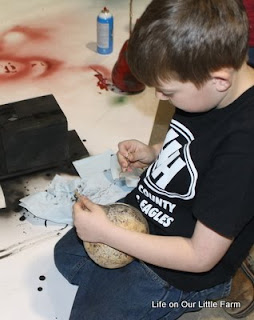 The kids also cut holes in gourds (Ty whacked his with a hammer and was lucky it didn't break), removed the seeds, and ran hanger through them. The final step for the gourds was also paint. 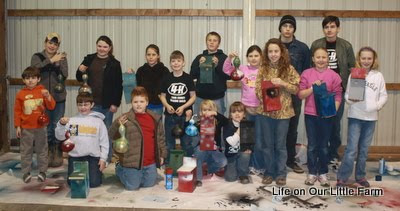 Some of the counties finest builders. :)

Thanks M family - We had a great time!