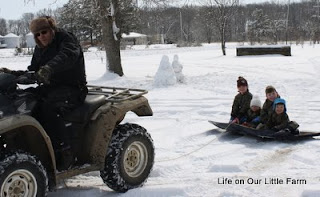 You may have noticed in our other snow post that we don't have so much as an ant hill for sledding. So what can you do for winter fun? Well, all the good rednecks know there's nothing better than a 4 -wheeler (Thanks Uncle Justin!) and a car hood (Thanks Granddaddy!). 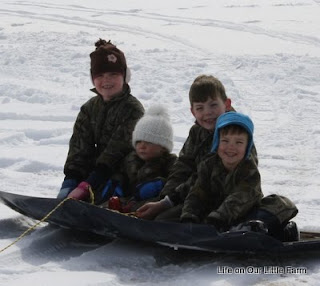 Granddaddy is now a man of leisure. Hahahahaha!!! He retired at the end of the last school year so he took a day off from his numerous projects to come play with the kids. Ben was not to happy about riding on something that moved. I eventually got on and he fared a little better sitting on my lap but he never really got into it. 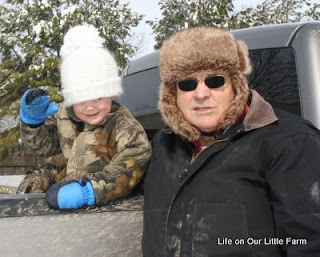 He much preferred hanging out in the back of Granddaddy's truck. LOL 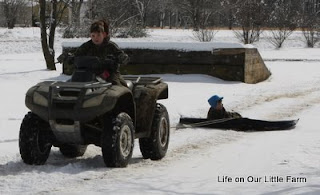 Ty wanted to drive and so did Madisyn so they compromised and drove together. That left Griffin on the sled. Griffin probably weighed less than the hood. He was sliding all over the place but never made the wide sweepings that happened when there was more weight. 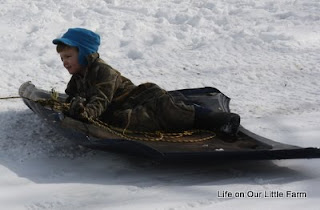 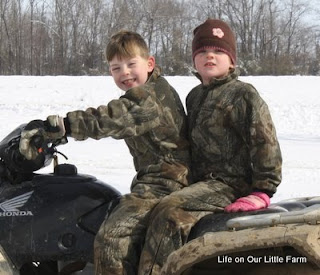 His chauffeurs, did not. 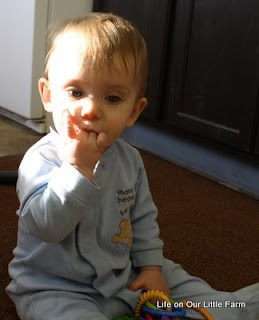 After we made enough ruts in our yard we loaded everything and everybody up and headed to Daddy's office. With 30 + acres, surely we could find somewhere for some fun. Henry found his fun in the nice warm office. 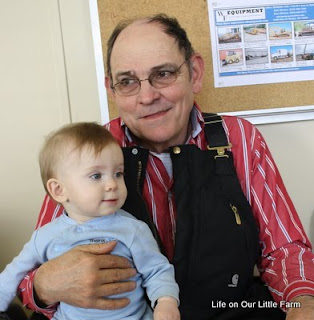 Eventually, he had to be held but he really entertained himself well. Granddaddy was worn out from driving and freezing so he took a break and played with H. 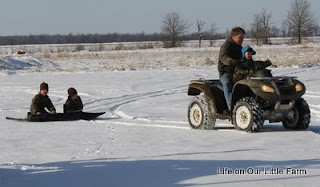 After some begging and pleading, Daddy came out to pull the sleigh. Griffin felt that he should get to drive but I don't think his arms were even long enough to reach the gas. 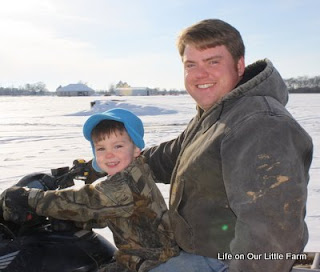 I love this shot of two of my favorite men. 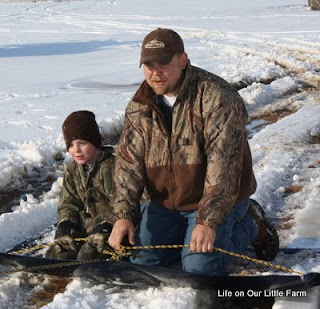 Even Uncle Kirk succumbed to the begging and rode a few rounds with Ty. It's probably a good idea that Daddy and Uncle Kirk never pulled just each other. We might have needed a medic! :) 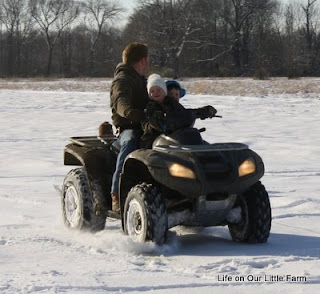 Ben finally decided that maybe he didn't want to stay in the office but he didn't want back on the hood. I think he wanted to take over driving just as much as Griffin did. 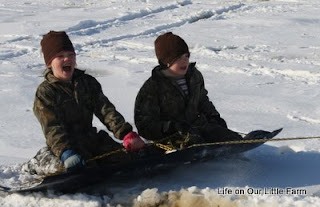