We hard a rare "real" snow in our neck of the woods. The first order of business is to bundle everyone up and get a group picture. The last picture I took of all my children in the snow involved a 4 yo girl, 3 yo boy and little 8 month boy. Boy have they grown! 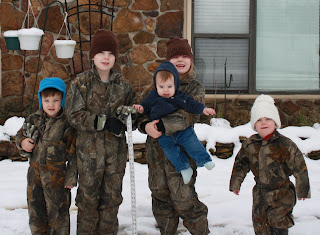 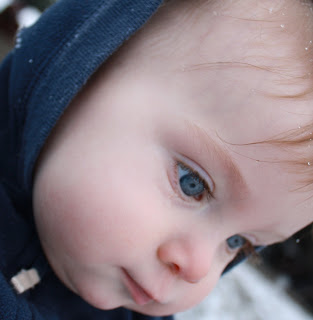 Henry didn't know what to think of the snow. He knew he was cold! LOL He went in for a nap shortly after this picture was taken. 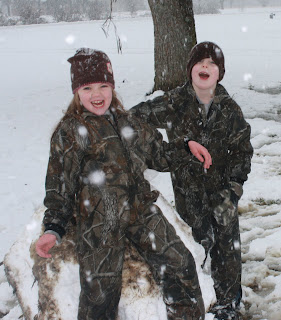 I don't even know how many snowman "bottoms" we had all over the yard. The snow was perfect for rolling and the kids would make the ball so big we couldn't handle them. HA! 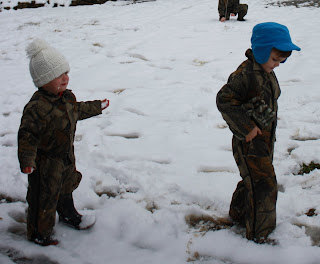 Ben is not a fan of the cold. The poor guy would last about 5 minutes and then start crying. 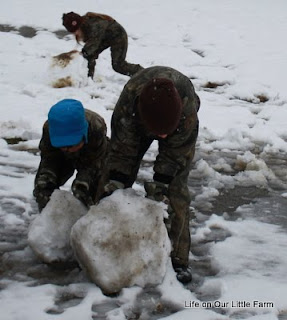 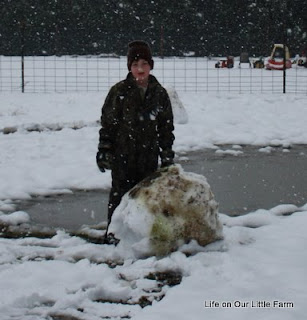 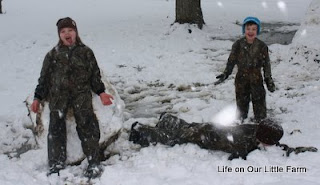 Griffin is such a goof! He didn't quite make snow angels in the normal way. 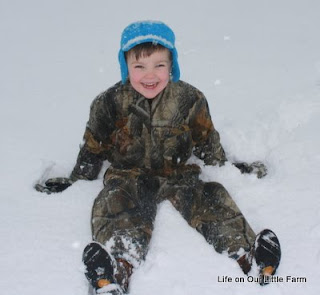 Madisyn became my official measuring partner. I think here we had 4 inches at this point. I don't ever remember a time when it snowed all day here in the south! 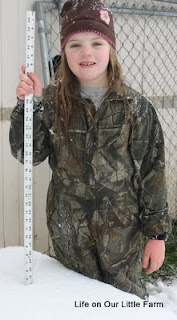 After Kent got home around 5, I hiked out to the road to take a picture of the house. Luckily, he had 4WD or he said he might not have made it! It was so pretty falling. I know that winter weather causes lots of problems and makes it hard to work (especially in the south where we don't have the equipment to handle it or systems to heat our homes efficiently) but there's something about a blanket of white that is so de-stressing. Maybe it's the fact that you can't do anything but slow down and relax. 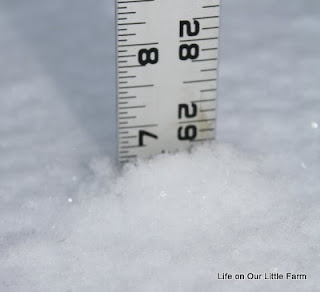 Around 6, I went back out and we had almost 7" of the white stuff! 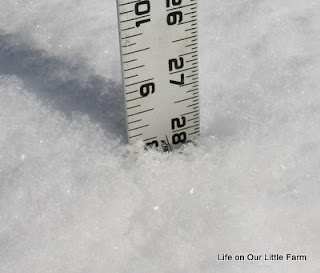 The final count taken after it had melted in the sun for a couple of hours was 8". 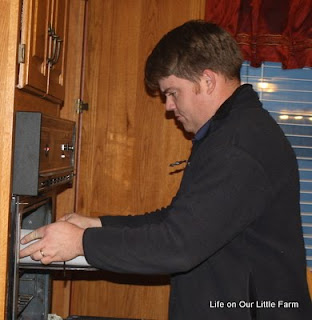 After a long day of playing in the snow, what's better than Hot Chocolate, Chocolate Chip Cookies and Popcorn popped on the stove? Having Daddy home to share it with! 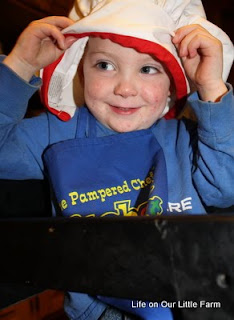 I'm not sure why the aprons and chef's hats were needed but at least they were prepared. ;) 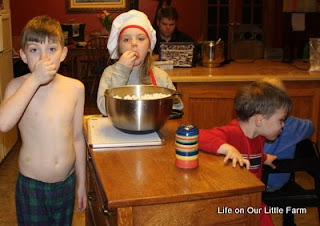