What a busy week we had! We started the week off by heading to Robin's for a baby shower. It's about a 3 hour drive, plus the time to drive the boys to Kent's office it seemed I left the house at noon! We were glad to be there though! 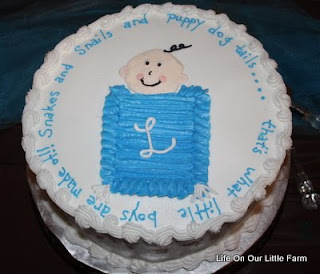 The ladies at Robin's church did a great job on the cake and decorations. I loved the S on the vase - such a nice touch. 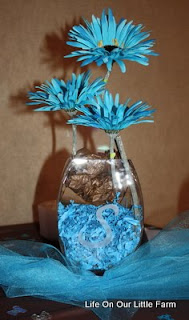 I really like this plate. I can see it being used for birthdays and other parties and always coordinating by switching out the ribbon. 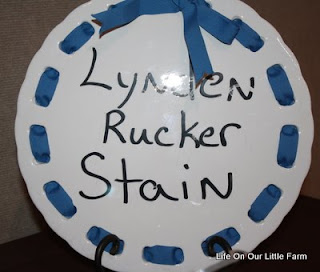 There were several ladies who made the shower possible. They took such good care of Robin and all the guests. 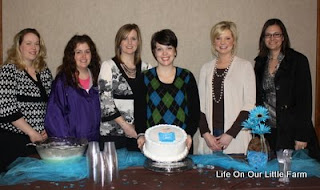 By the time we took this picture, it was getting pretty late for a certain little boy. He was such a trooper! 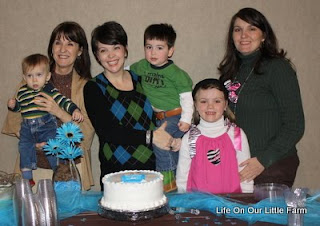 One of the cutest attendees with his Mimi. 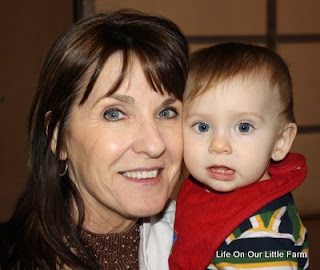 Madisyn was the official gift passer. She brought all the gifts to Robin so that Robin wouldn't have to bend. One of the hostesses was giving Madisyn tips and Madisyn leaned over and told Aunt Robin "I don't think she knows I've done this before." LOL I guess professional gift passer is just one of her many titles. HA! 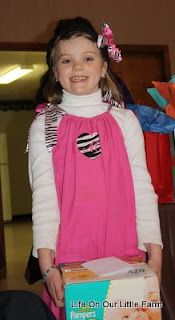 Raegen's birthday was just a few days before the shower. He spent the weekend with Mimi and Granddaddy so one of the young ladies at church gave him a birthday gift at the baby shower. He loves balls so I think the idea of "riding" one just made his day! 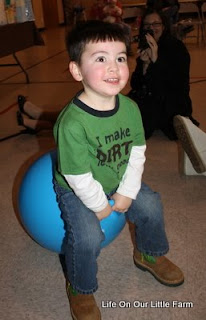 I fixed up a few gifts for Lynden (you can see more of them on my Sew Darlin' blog). This tie applique is one of my favorites! Talk about casual Fridays. Of course when you're a newborn there's also casual Monday, casual Tuesday, casual Wednesday, . . . . . 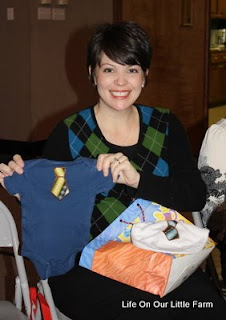 There are some talented people out there! This card was handmade - all that handiwork and it's not even the actual gift! 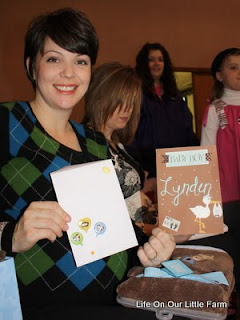 Lynden and Raegen are going to share a room and Robin has a brown and teal-ish blue color scheme. These name canvases will be perfect! 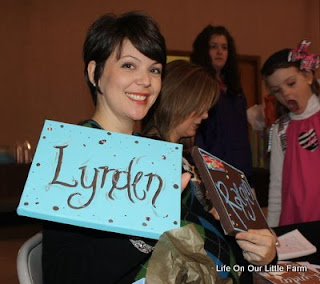 Mom purchased a few bibs from me to give to Lynden. When I made them, they were actually for Henry and Robin helped me determine what design should go on the green one. Little did she know! 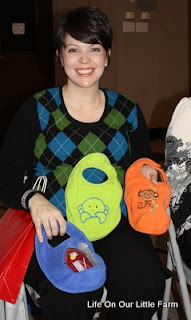 Now we just wait for baby Lynden to make his appearance. I told him he had to wait until March and he appears to be listening. :) With Lynden's birth in March, my parents will have grandchildren born in every month February - July. Two more have birthdays in October and November. So we need to work on filling August and September! There's always 2011. ;)