This past Sunday, Ty was baptized. 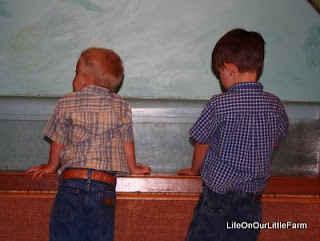 Kent went to the church early to start filling the baptistry. He figured out a way to run the water through his steam cleaner. I think it was the first non-freezing baptism we've had in 15+ years!

The boys were fascinated with watching it fill up. 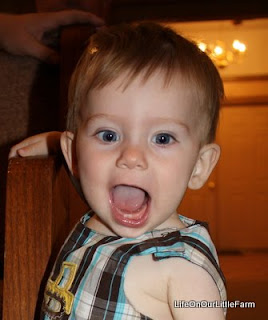 Henry is getting so big and pulling up to everything. He crawls just enough to get to something and pull up. 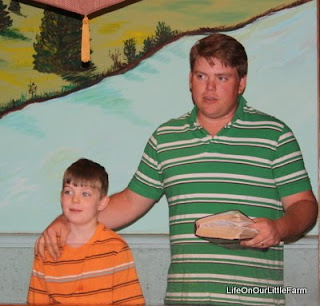 We could tell the water was warm as Kent was a little windier than he was when Madisyn was baptized. However, when it's your kid being baptized, you tend to get a little excited. 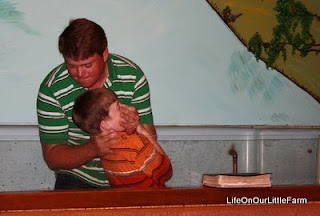 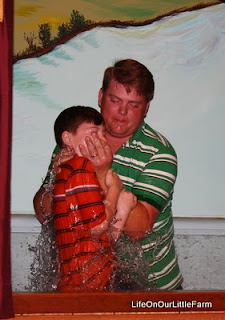 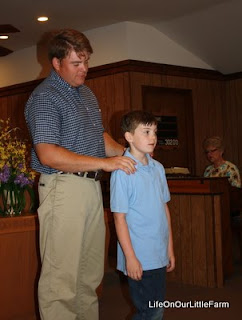 Ty isn't as touchy, feely as Madisyn but he didn't seem to mind the seemingly never ending stream of hugs that came his way. Kent told him that when Nana started playing and people starting coming to the front he'd realize just how loved he was. 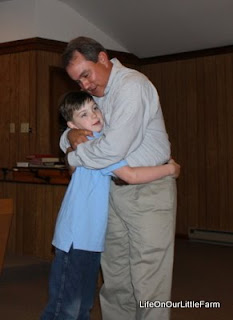 Ty is extremely found of Mr. Mark and Mrs. Janet {or Mrs. Mark as Ben calls her ;) }. He went home with them one Sunday afternoon and the way he keeps talking about it you would think he had been there at least 1,000 times. 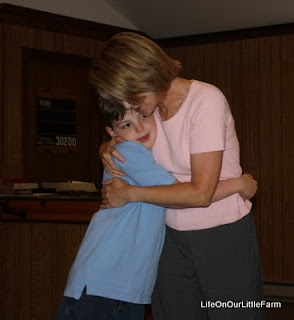 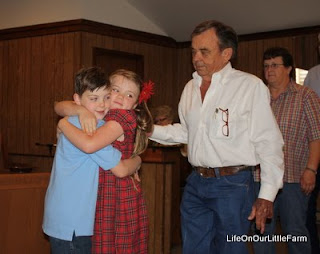 Madisyn was awful proud of her "little" brother. 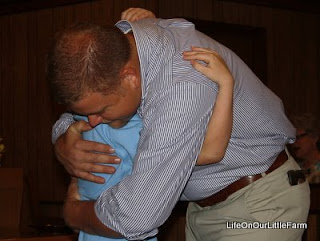 I think this is one of the few hugs from Uncle that didn't end with one or the other trying to see who could squeeze the hardest. One of these days, Kirk won't win. :)
I think I have cried as much as Madisyn and Ty's baptisms as I did at their births. I can't express how precious it is to see one of my children accept the Lord as their Saviour and follow him in scriptural baptism and church membership.
I have no greater joy than to hear that
my children walk in truth.
III John 1:4
at 6:19 AM