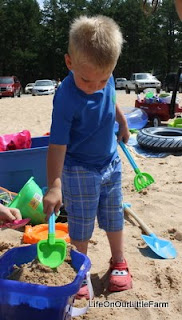 The last time we went to the beach most of our time was spent in the water. This time Ben and Ty decided that the sand was just too tempting. 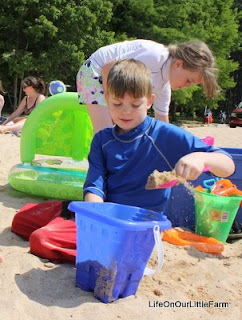 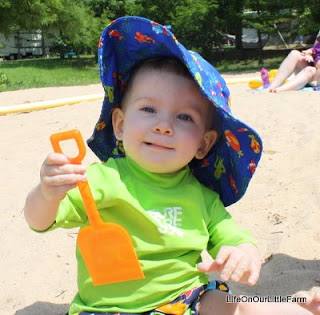 Even Henry got a shovel and a pail. I don't think he ever figure out that sand goes in the pail, but he had a great time banging them together. 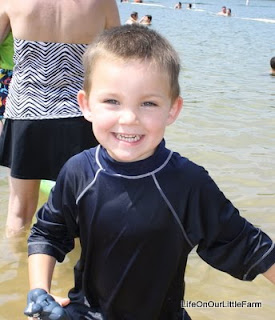 Griffin got lots of use out of the water guns. I kept having to remind him that he could only shoot family. Oh, the things you never thought you'd say! 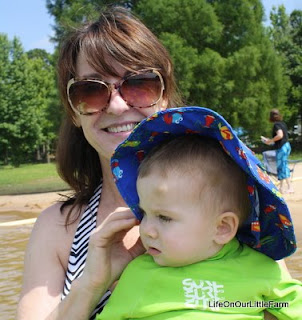 Henry refused to get a good picture with Mimi. There are just too many people to watch. 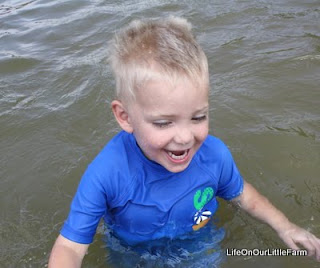 I'm nervous about Ben's lack of respect for the water. He loves for me to toss him in the air and let his head go under water. As soon as he comes up he says "Don't do dat again" and then in the next breath "Do dat again". LOL 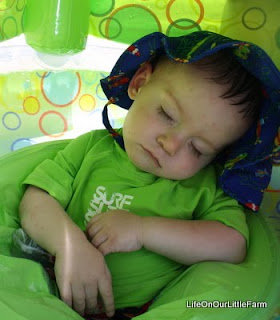 I know I mentioned my love for the frog floatie but I just want to plug it again. This time we set up several innertubes and placed Henry on top. His legs went through them all and he snoozed for over an hour. 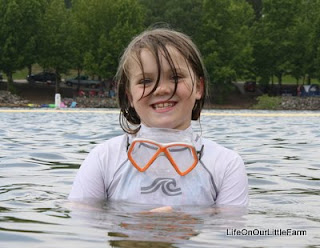 Madisyn is turning into quite the under water swimmer. I think she enjoys the panicked look on my face when she disappears. It keeps me young - right?
at 6:00 AM