What a difference 8 years makes! It's hard to believe that tiny little boy {OK, he wasn't exactly *tiny* at 8 lbs 10 oz but he was little to me} has grown into this great big young man. 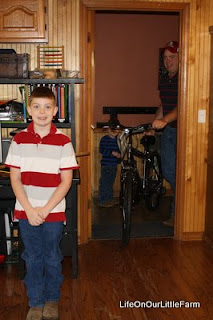 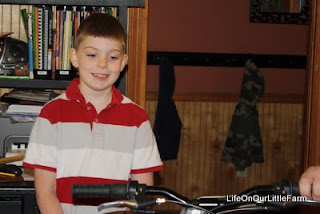 Izzy's birthday party was on Ty's birthday so after he received his bike, we headed to her party. After the party we went to a movie of Ty's choosing (Sorcerer's Apprentice) and then dinner at Chili's. 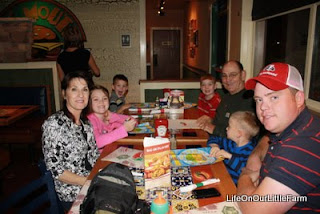 Mimi and Granddaddy were able to join us for Ty's birthday supper. 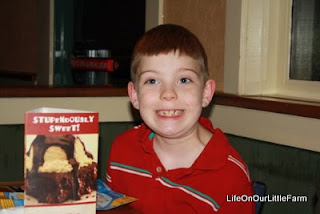 The birthday boy had requested ribs. Since we were still in Searcy so late we decided to let Chili's do the cooking. ;-) I don't think he minded. 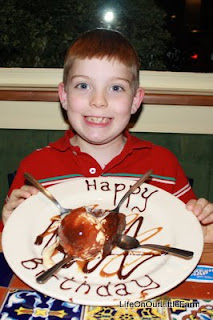 Especially when the birthday dessert came out! 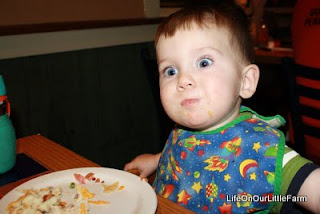