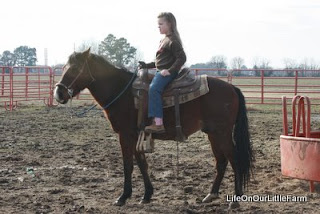 Skeeter came "home" (for now home is Papaw's house) shortly after the new year. Unfortunately, it rained and rained and rained so it was some time before the kids could ride him. We finally had a Saturday where it wasn't raining and Daddy was available. So we headed to Papaw's to see what Skeeter could do. Daddy rode him first and then it was Madisyn's turn. 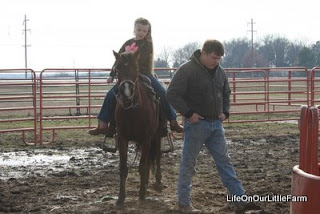 Daddy stayed close by since we aren't completely confident in Skeeter's manners. ;-) Madisyn jumped on like an old pro. I guess riding a horse is kind of like riding a bike, you might get rusty but you don't completely forget. I'm pretty sure she has been trying to figure out a way to make it to lots of horse shows this year. 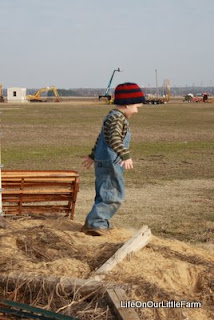 Ben wasn't much for horseback riding so he played in the sand pile instead. Any guesses what his clothes and boots did to the van when he got in? :-S 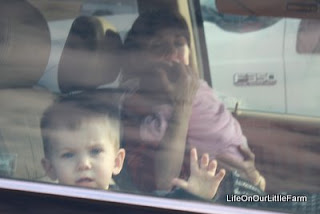 Mimi and Granddaddy had the Saturday free so they came over to see the kids in action. It was still cool out so Henry, Mary Claire, Mimi and I watched from the van. 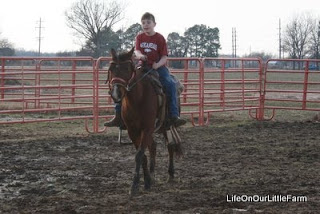 It was finally Ty's turn and he did really well. He hasn't spent as much time on a horse as Madisyn but he isn't far behind. 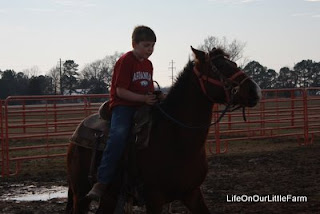