This has been the year for snow! Everyone was finally well enough that I was willing to let them go play in the wet mess. 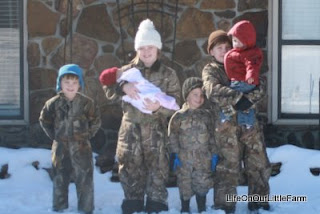 Mary Claire was only outside long enough for the couple of group shot pictures I took. She did get to sport her Mommy-made toboggan though. ;-) It was naptime so my plan was to let Henry play for a bit while I put her down. I was gone for less than 2 minutes and returned to find that Henry was NOT a fan of snow! 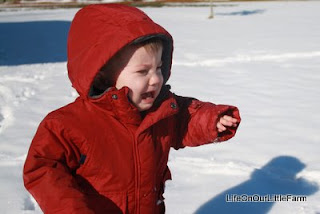 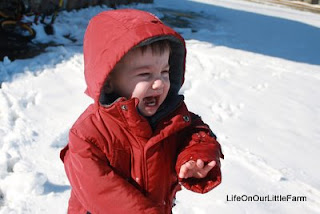 He continued to cry frantically until his clothes were changed and he was snuggled under his blanket for a nap. I think he's beginning to doubt the sanity of his siblings. He certainly didn't find the appeal of being cold and wet when there was a perfectly dry and warm bed inside. 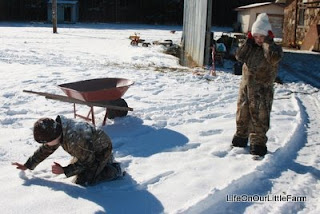 The snow was dry and didn't pack well. Several attempts were made at making a snowman but they couldn't get much of a ball started. 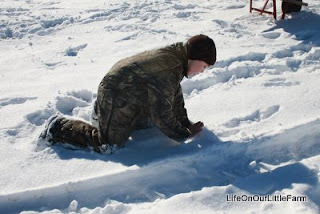 Ty was determined and even removed his gloves to try to help melt the snow a bit to help it stick together but he didn't get far. 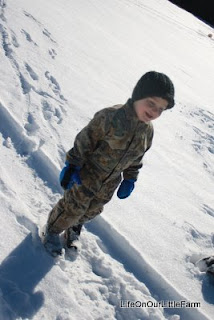 It wouldn't pack for snowballs either but that didn't stop snow from flying. It was just handfuls of snow instead of balls. 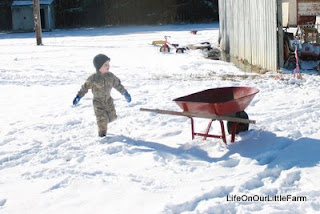 While the kids played I looked around in the flowerbed. Despite the snow - there's signs of spring! 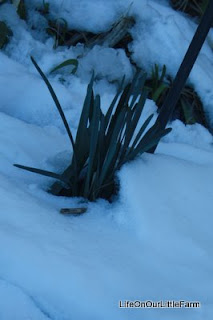 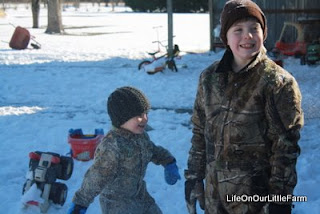 Unlike Henry, Ben and Ty seemed to LOVE the cold. 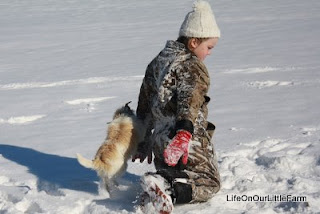 Dot had a good time helping Madisyn make snow angels (which didn't work so well because the snow was so dry). It's always important to have the tractor in working order when inclement weather is expected. Never know when you might have to rescue someone. ;-) 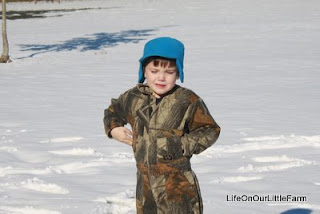 Griffin was having wardrobe malfunctions and wasn't having the best time. It seems he has outgrown his Muck boots but not grown into the next size in the Witcher boot stash. 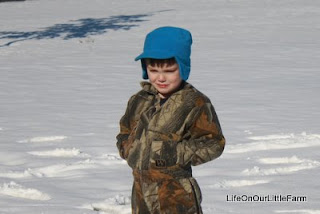 I think he did eventually decide to have fun but was glad to come in for hot chocolate and leave the boot dilemma behind him.
at 2:51 PM