I hit Walgreens early this week. I wasn't very impressed with last week's {or this week for that matter} deals but it didn't matter. Our family came down with the flu! 6 out of 8 of us have been quite ill. In fact, the only reason I snagged Walgreens deals this week was because I needed to get a script filled, we're going through Kleenex faster than toilet paper and my register rewards were set to expire this week. 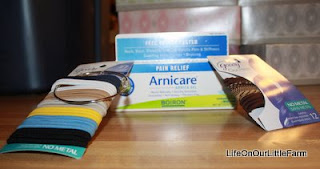 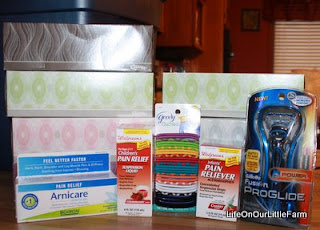 Seven boxes of Kleenex {the other reason I went in Walgreens}, Arnicare, Children's generic Tylenol, Goody's hair rubberbands - 27 pack, Infant's generic Tylenol, Fusion Proglide razor. $13.03 out of pocket - Savings of $34.50. I wouldn't have bought the Tylenol except it was a needed purchase. I spent $10.29 plus tax on those two items alone. Without the Tylenol I would have spend less than $2 out of pocket. I also earned $13.50 in Register Rewards.