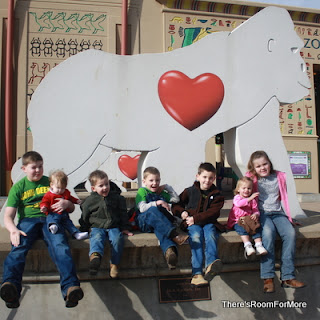 After a nasty week of rain and cold, we needed to get out. The forecast for Friday looked warm on Monday but by the end of the week the high had dropped 10 degrees. However, with all it's paved walkways the zoo was something our yard wasn't - dry. One of the greatest values for a family of any size in the Mid-South is a membership to the Memphis Zoo. We visit 5 or 6 times a year and never feel that we have to see the whole thing in one day. This keeps the littles happy and the bigs {Mommy included!} from getting too worn out walking all over. 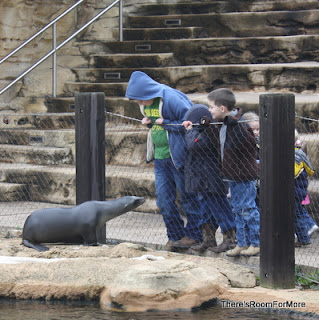 The Memphis Zoo has a new baby (7 months) sea lion on display. When we arrived for the Sea Lion Show, Teva came right up to the fence. We later found out that she has a tendency to bite. Fortunately, we discovered this before she nipped any little fingers poking through the fence. Unfortunately, it was after Ty's quick reflexes saved his fingers. 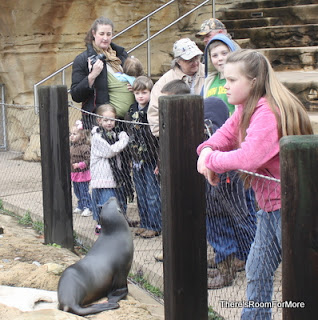 Another aspect that made this trip to the zoo more enjoyable was being joined by our new friends, the Tims Family. It was a fairly cool day, so attendance was low which meant the people walking around with 12 kids didn't attract too much attention. ;-) 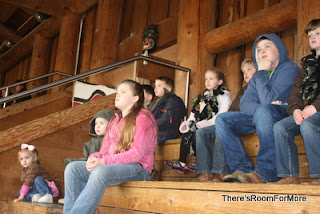 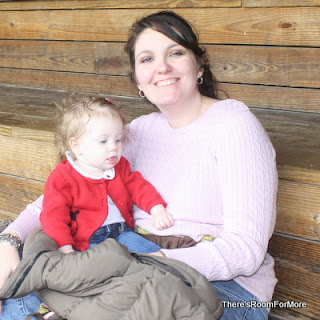 After the show ended we headed to the observation bubble. The baby sea lion proved to be lots of fun here as well. She would swim right up to the bubble which thrilled the kids, especially the 3 and under crowd. 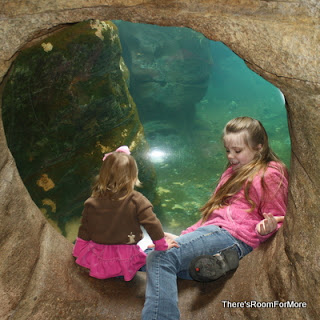 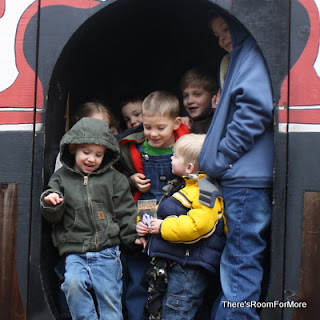 We continued on to the Northwest passage. I think the kids looked a little more like clowns climbing in their car than Indians heading for a hunt. Griffin has his own beat. Notice how all the other children posed in the boat? 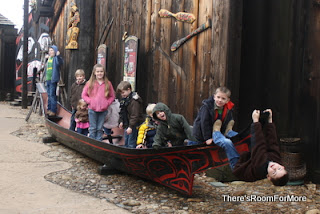 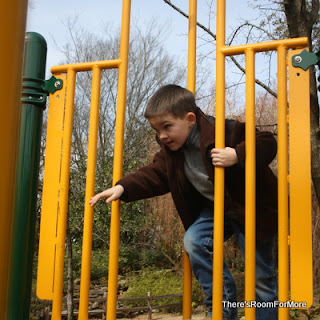 As we prepared lunch, the kids had a great time checking out the playground. The zoo has one of the nicest playgrounds around. It's always clean, children are supervised by their parents and it's well maintained. 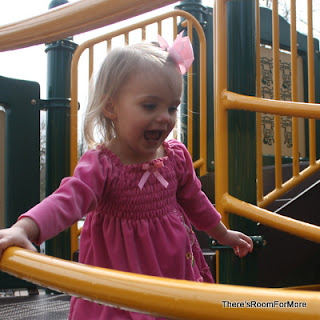 Mary Claire enjoyed the "swinging bridge". She would giggle so much when the bigger kids ran by that she almost fell over. She may be "a runt" but she thinks she is a big as everyone else. 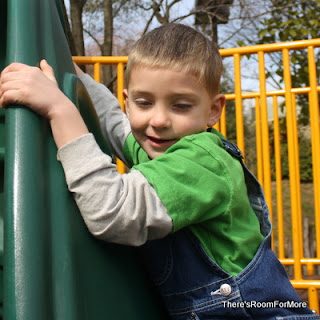 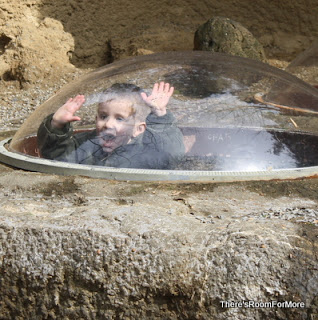 Another highlight at the zoo is the prairie dog exhibit. This year, all of the bubbles have been replaced! Lots of minor construction projects are taking place as the zoo crew is gearing up for the Spring kick-off. 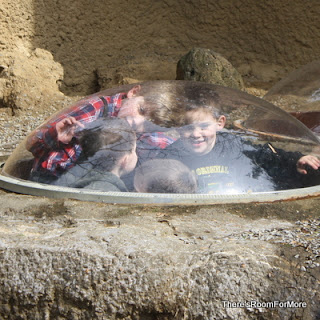 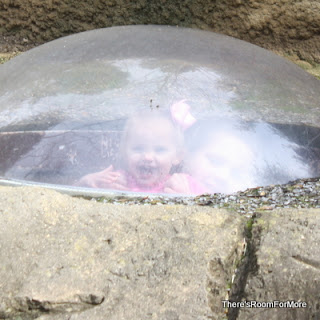 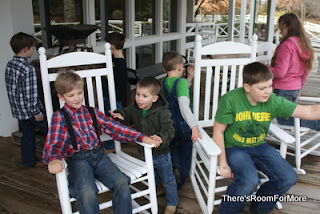 After walking around the zoo all day, it's nice to sit and relax a bit on the porch. 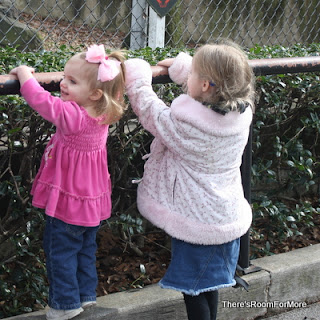 I think Mary Claire has made a friend. JoAnna was so sweet walking beside Mary Claire. She kept guiding her around puddles and pointing things out. They were so cute together. 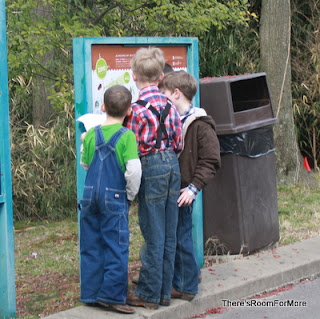 The boys were the navigators as we made our way around the zoo. After Madisyn expressed vehement opposition to visiting the snake house, the boys became more determined to visit it. Here they were comparing their map to the large displayed map. Just to the left of  them is a huge 4' x 8' sign with Snakes and an arrow pointing the way. The girls noticed the large sign and headed that way while the boys continued to determine where they were. :-) 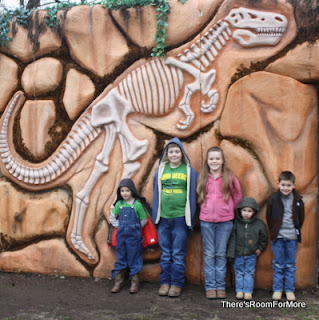 Somehow we've managed to not walk by this dino skeleton in the past. Several of the boys wanted their picture made with the dino all by themselves. We have some dino loving kids! Last summer we heard several talks by Ken Ham of Answers in Genesis. The kids have also been listening the the Jonathon Park Radio Dramas. Both explore dinosaurs and creation and I can't say enough good things about both programs. We highly recommend both! We had a wonderful time looking at the ways that God made various animals with features that help them thrive in their climates.

{Disclaimer - Jonathon Park is produced by Vision Forum. We have used lots of their resources and continue to enjoy them. However, the owners of Vision Forum do promote and believe in the Calvinist doctrine of pre-destination, which holds that a finite number of people of pre-determined souls will be saved, which we do NOT believe or endorse. As with any program or product please hold it to the standard of the Bible and don't take our word or any other's word alone.}
at 6:30 AM