One aspect of homeschooling that we love is the ability to take a field trip whenever one presents itself. If the principal says we can go and there's diesel in the big, black van, we take off! We especially enjoy field trips that appeal to all ages, from the two-year old to the twelve-year old. 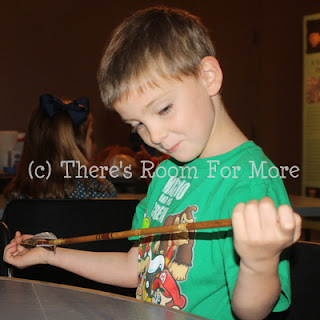 We headed to Parkin Archeological State Park to learn about the Casqui Indians that lived in this area in the 1500s. Hernando DeSoto visited this site around 1540 and lots of artifacts have been found all along the St. Francis River. 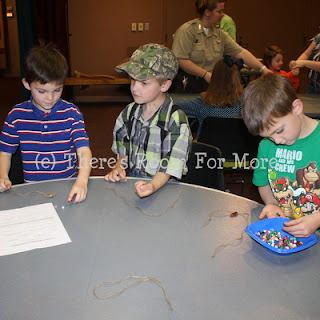 This field trip was extra special because our friends, the Tims, were able to join us. The park interpreters separated the kids into a group of older kids and younger kids. The younger kids started off learning about arrows and spears. Then they got the chance to make their own arrowhead necklace. 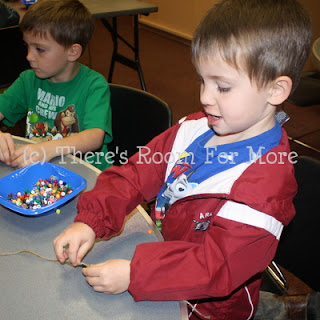 Henry and Mary Claire had a great time making their necklaces. Mommy usually doesn't let them work with such small beads so this was an extra special treat. 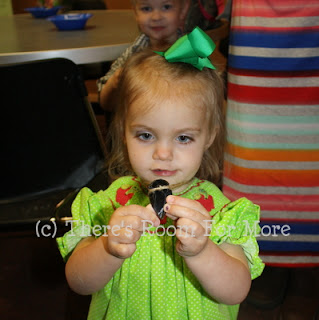 While the younger kids learned about spears, the older kids got to throw a few! 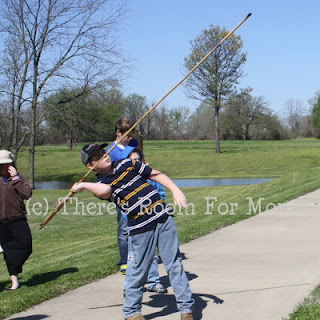 They also shot blow guns but I was with the younger kids and missed it. Madisyn hit the target with the blow gun darts! 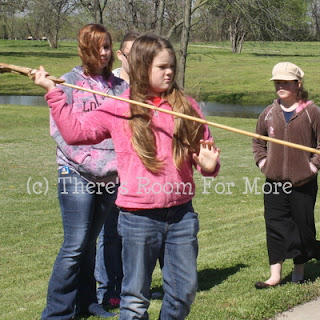 After making arrows we headed to the audio/visual room for story time. The interpreters told some of the American Indian stories for how different animals came to exist or how they developed certain features. 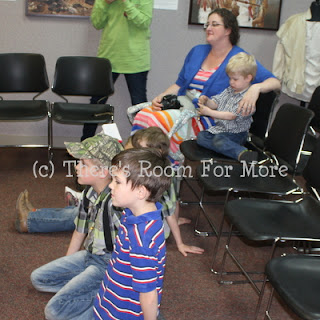 Each story was complete with props such as animals skins, skulls or pictures. 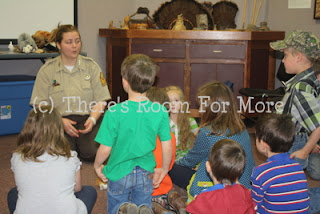 After the 5 stories were told the interpreters asked the kids to come up with a story about how trees got leaves. *Warning - Shameless Mommy brag follows* Griffin had a very simple explanation. "God made them!" I don't think that was exactly what the interpreter was looking for, but how do you argue with a 7 year old over that. 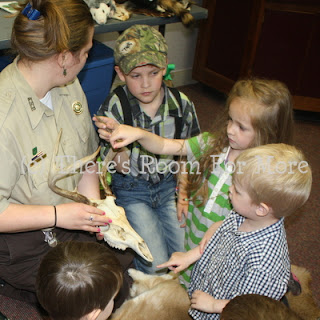 I don't think this animal was part of a story but Henry enjoyed playing dress-up with its hide. 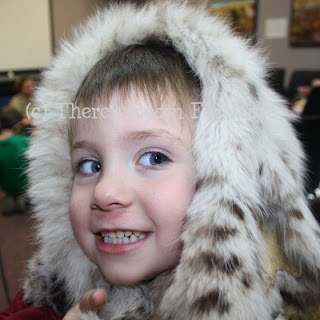 After lunch we headed outside. They re-arranged the groups so that families were together instead of being separated by age. Our group went outside first. 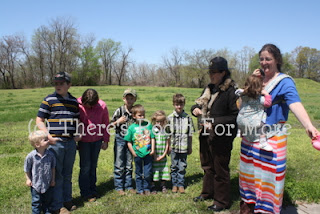 The interpreter explained that the Casqui homes were about 5 feet by 5 feet square. They frequently burned and a new hut was built on top of the old. This left lots of layers for archaeologists to uncover. 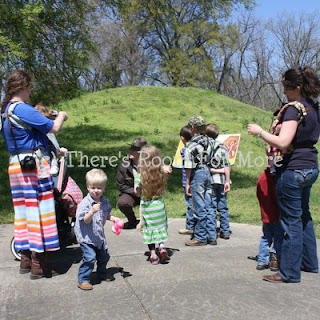 The chiefs house was located on this mound near the river. The village has yielded many artifacts that are on display in the main building of the park. 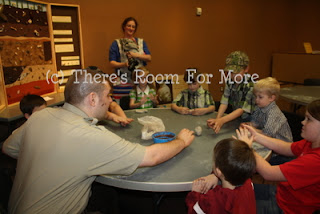 After learning about the pottery that archaeologists have recovered from the state park site, we got to create our own. 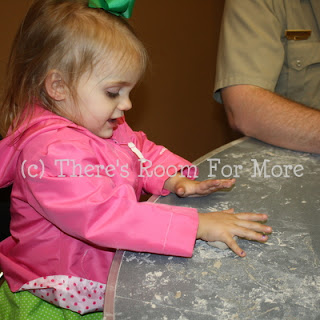 Since all of our group was either friends or family, we crowded around one table and made do. Who wants to sit at the back table? We just squeezed in and made it work! 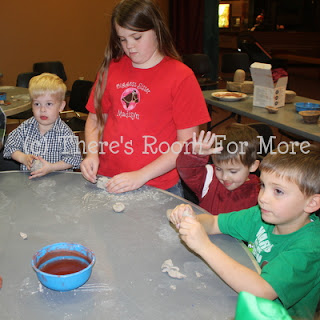 This is another reason we love field trips. When we left clay was all over this room {and not due to just my children}. It was on the table, the chairs and the carpet. This Mommy doesn't like mess so the younger kids haven't been allowed to do this at home. 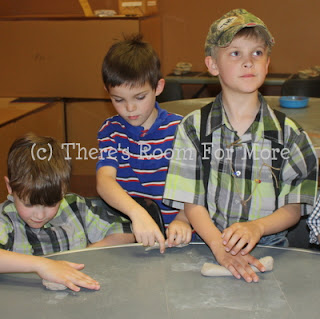 The pottery making was a highlight of the trip. We left with a few pinch pots, a replica of a hut, a mortar and pestle and a whale. I'm not really sure what the whale had to do with Mississippian American Indians but it was important to someone. :-) 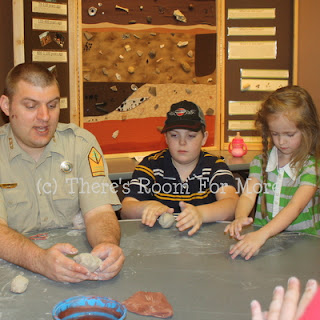 The interpreter even let them use paint! He claimed that they were experts at cleaning up clay and paint. Everything did wash out of the children's clothing. Maybe I should see if the state park staff would be interested in cleaning my carpets. 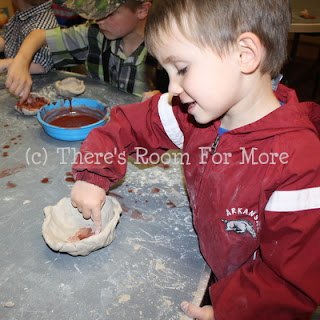 We had a wonderful time and I'm so thankful that such a quality program is offered so close to home! 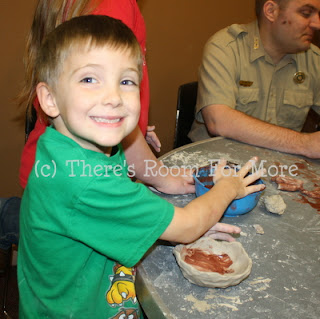