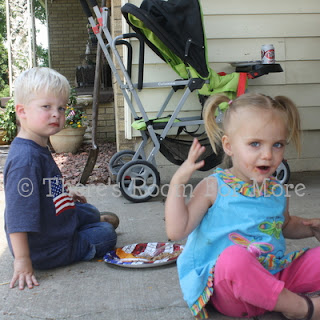 On the Fourth of July we were invited to our friends, The Tims, home for a BBQ celebration. 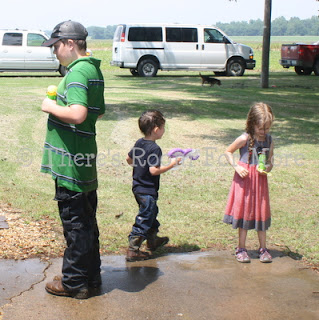 Don did a great job on the BBQ and Ribs and we all had a great time fellowshipping. The Mashburns also joined us so there was plenty of fellowshipping to go around. 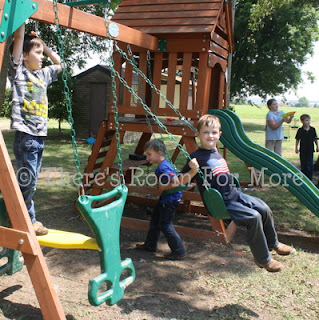 The kids found the water guns and had a great time soaking one another. 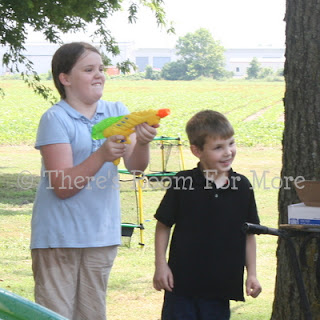 It didn't take long before the power of the water hose was discovered and true soaking began. 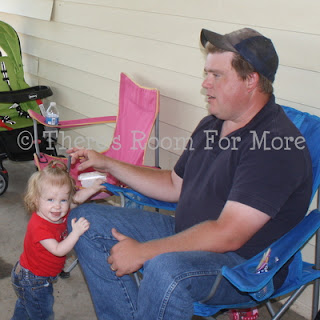 Meanwhile the adults and littlest stayed safely under the carport where all forms of water shooting devices were banned. :-) 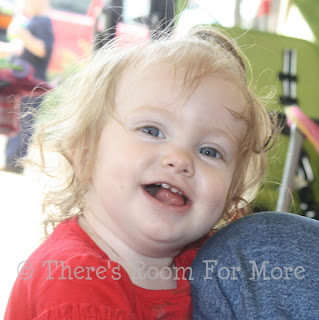 The men can complain all they want about the women gabbing a little too much but it was the males of the families that kept going and going and . .  . 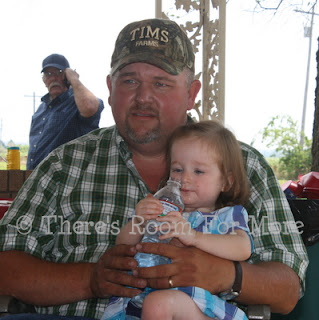 Addy and Ava were such good little girls. They stayed far away from the water and played on the driveway with sidewalk chalk and bubbles. 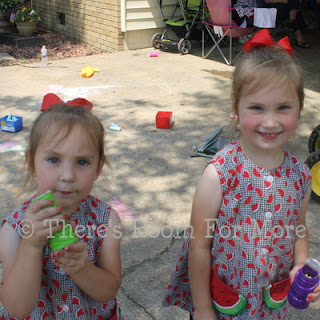 Madisyn grew tired of the shooting games and joined us on the carport. 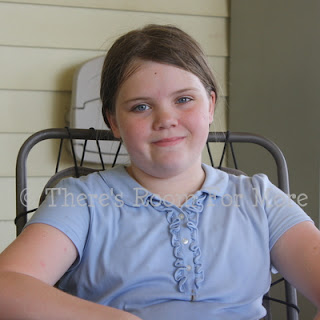 Mary Claire still hasn't realized that she is not a big kid. LOL She got a little more than she bargained for when she left the safety of the carport for the backyard. 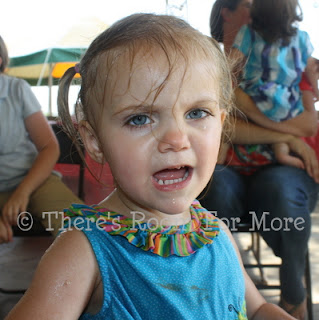