Here We Go 'Round the Blueberry Bush 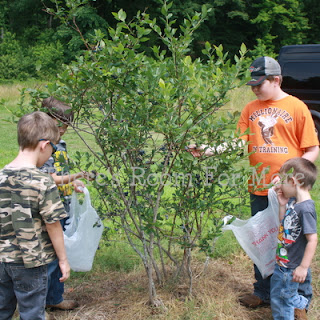 This summer, I learned of a u-pick blueberry patch. We had some friends that visited so I decided to take the kids. 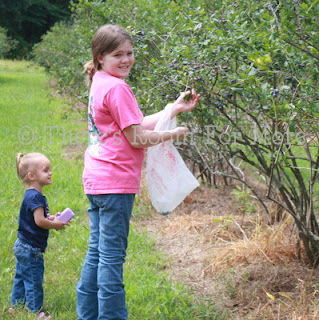 The first time we went it was just the kids and Mommy. We picked about a gallon in around 30 minutes. Once we got home we realized we didn't get near enough. 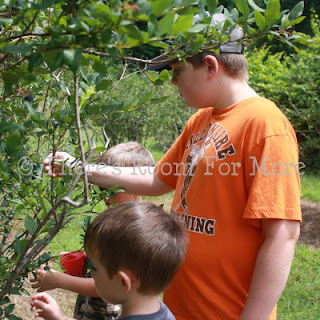 The patch was well manicured and the nice thing about blueberry bushes is that everyone could pick at their level. 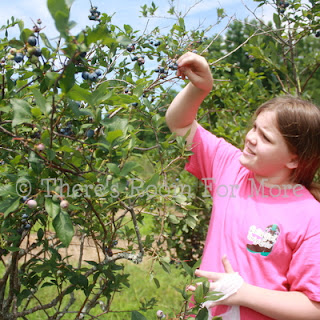 Madisyn proved to be one of our best pickers, followed closely by Henry. He may not have braun but he was like the little engine that could. He complained the least and just kept on picking. 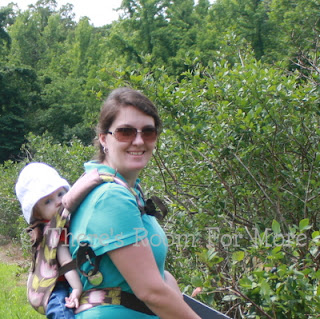 Even Liberty had a good time hanging out and enjoying the fresh air. 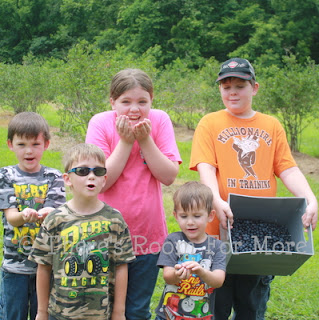 What anyone lacked in enthusiasm with picking, they more than made up for when it came to eating. 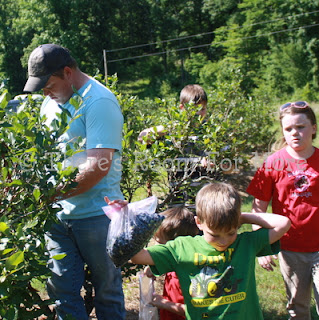 The next day when Daddy went back we picked another 5 gallons. He gave the kids an incentive and told them that the first person to fill their bag would be rewarded with a $5 bill. Madisyn won the contes,t but once again Henry was a very close second. 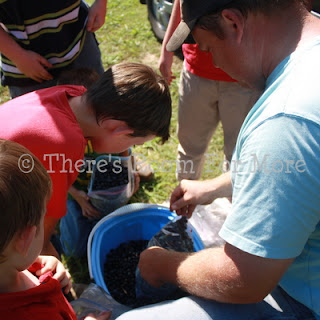 We brought the blueberries home and washed them all. We froze about a gallon, dehydrated 4 gallons and made muffins and various deserts with the other gallon. Now we just need to find another type of fruit to u-pick.
at 6:33 AM