This is the fifth installment about our fun at Fort Rock. If you missed the other posts find them here - part 1, part 2, part 3 and part 4. 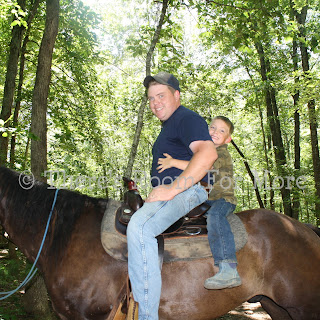 Horseback riding was another highlight of our trip. Kids under 8 had to ride with an adult so Ben and Kent saddled up together. 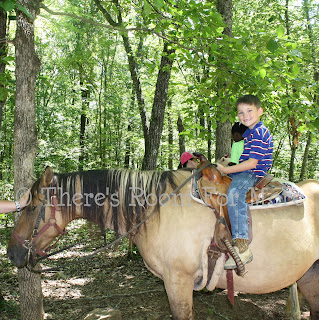 Griffin was quite proud that his birthday was just last month so that he could ride all by himself. 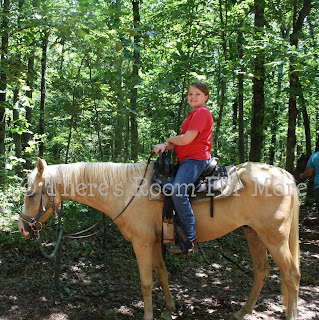 I do believe that this was Madisyn's favorite activity. She had never been on a trail ride before and thought it was really neat. {I didn't get a good picture of Ty waiting for the trail ride to start.} 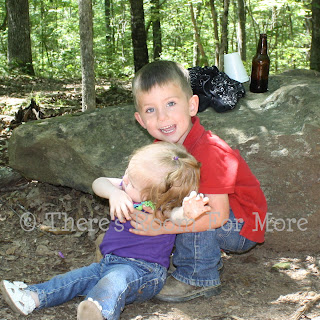 While I was busy taking pictures, Henry decided to audition for the Baby Whisperer. Liberty thinks he needs to work on his technique a bit. 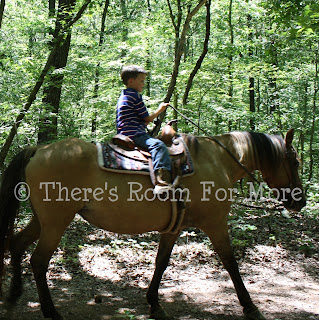 My little cowboy heading off on his "own". He definitely thought that he had arrived. LOL 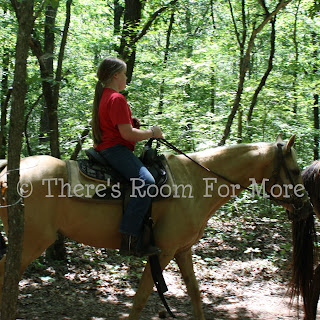 Madisyn had been looking forward to going on the trail ride for months! 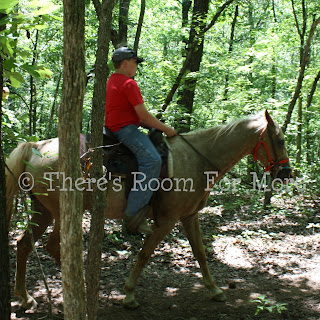 Ty liked it but it lacked a little excitement for him. 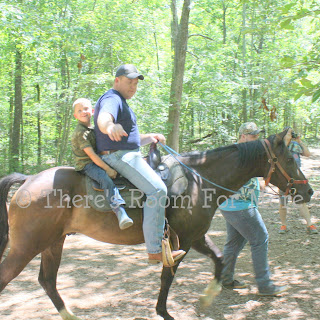 Ben still had that look on his face when he returned.