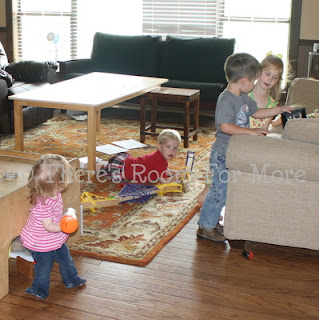 Recently we invited the Tims and Mashburn families over for a play/sewing day. While the kiddos played, the mommies broke out the sewing machines. 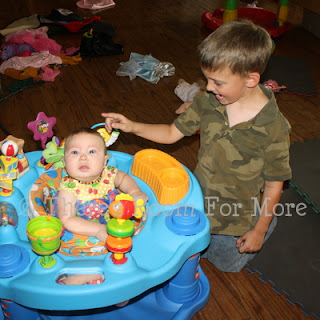 Needless to say, 17 children {all but 3 were 8 and under} spread out all over the house and yard! I think at almost any given time there were children in every room and the driveway! 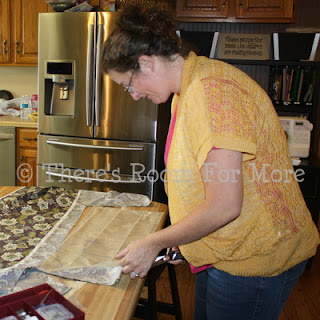 Candyce had not made a garment with a pattern so she and Jess choose the same dress to work on. I went back and forth between them and helped them get past any confusing parts. We choose an easy pattern but with a round yoke, it wasn't as simple as we hoped it might be. 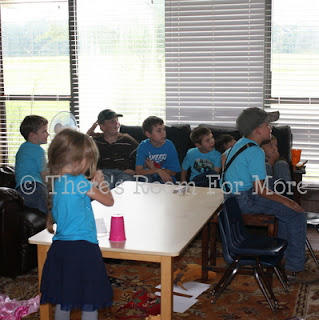 After lunch the lure of the AC and Smurfs won out over the bikes and bubbles outdoors. I couldn't believe the boys lined up on one couch and left the other totally vacant. 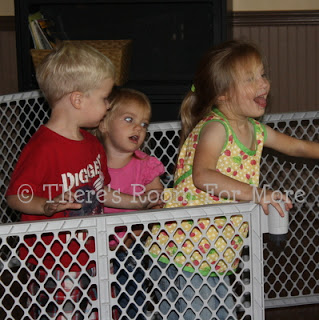 When the morning began, only the littles were still inside so we blocked off the living room so they couldn't escape. :-) Then all the middle kiddos turned the gate into a pen and had a fantastic time locking themselves in it. If we had put them in it, they would have had fits. Instead, they had a blast playing in the "pen". 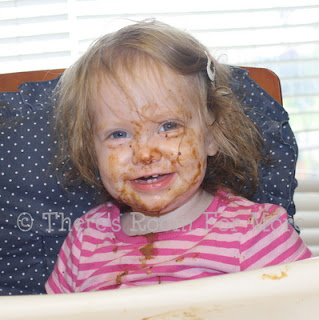 I don't know how many chocolate chip cookies were consumed during day but Liberty enjoyed hers more than anyone! 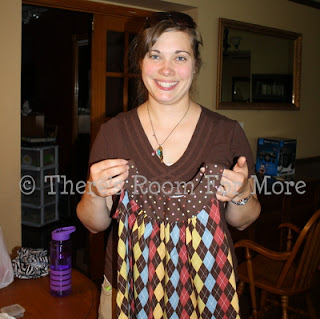 Jess with her almost completed jumper {it needed the collar stitched down and it needed to be hemmed). Candyce cheated and packed up her dress without getting a picture. They both did a great job! 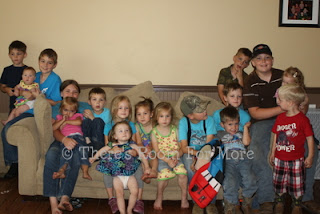 I'm not sure how the Duggar family has such lovely pictures on their website because posing 17 children is impossible! 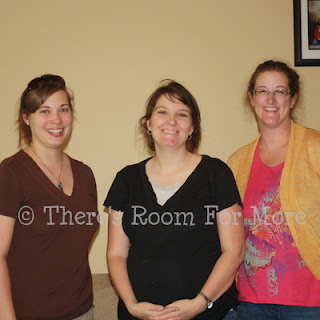 We had a great day and are already looking forward to another! There is talk of making a baby quilt next time. :-)