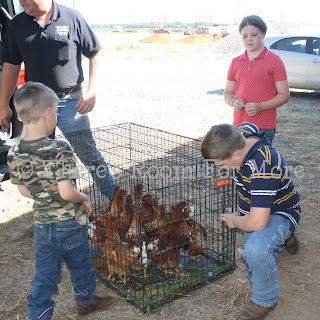 I've mentioned in the past that the kids raise 4-H chickens. We don't participate every year {because I don't need 25 birds every year} but the last of our flock died last year. As part of the 4-H poultry chain, we get 25 baby chicks in the Spring. 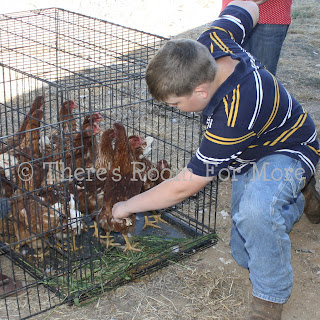 They are "Cinnamon Queens" and each batch contains no roosters. Roosters can be ordered separately but we opted out of owning any. The kids start out with the chicks under lights and in small cages. Then the chickens are moved to the bigger cage. 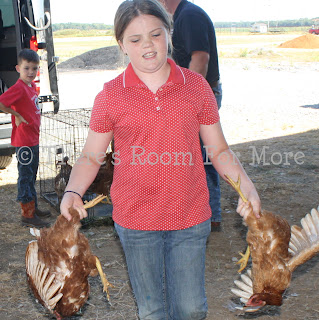 The goal is to raise the biggest, healthiest chicken you can. Ty has taken the bulk of the responsibility in the care of the chickens. So when it came time to show them at the fair, he got first pick. We arrived at the fair grounds are were shown the chickens' home away from home for the week. We backed up the van and unloaded our birds. 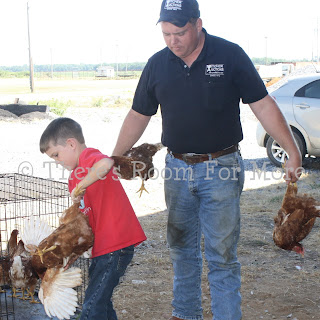 We were very fortunate that Daddy could leave work to come help us. The whole taking things to the fair ordeal ended up taking about 2.5 hours. Sadly, he had more work to do and headed by to the shop for a late night when we finished at the fair. 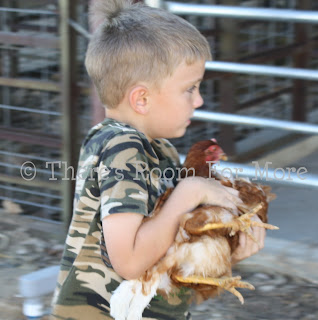 Kent helped the kids carry their 3 chickens to each pen. The one rule of receiving poultry chain chicks is that you must show a pen of three at the county fair. Our kids split one order of chicks but they were all able to show a pen. 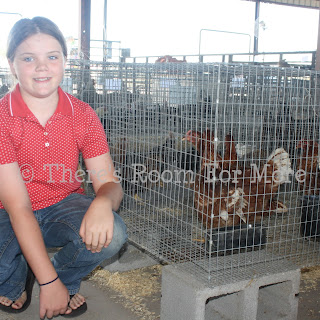 After dropping the chickens in their cages, we checked out the other animals that had already arrived. We were quite surprised to see llamas! There were also goats, various chicken breeds, horses and lots and lots of rabbits. I think the rabbits out numbered all the other animals 2 to 1. 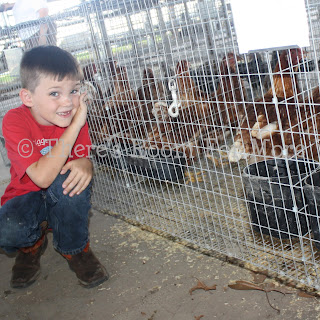 The kids enjoyed walking around looking at everything and checking out the competition. They don't have the biggest chickens, but Mom and Dad have only helped transport chickens and purchased feed. Every feeding and watering was done by one of the children. We're excited to visit the fair later this week and see if we have any blue ribbon ladies. 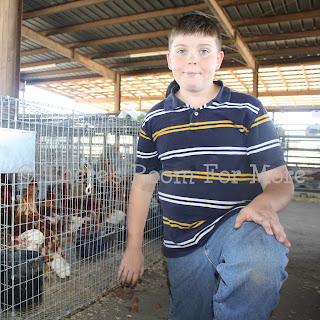 Before we left, each one of the children received a Livestock Exhibitor shirt courtesy of Greenway Equipment, the John Deere dealer in our area. The boys all but their shirts on immediately. The livestock exhibits have greatly improved since the first year we participated and it's a very nice change. 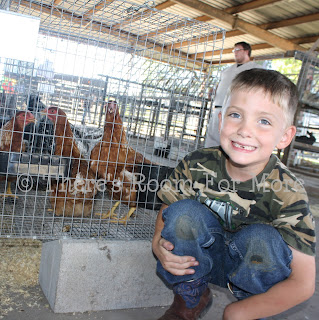