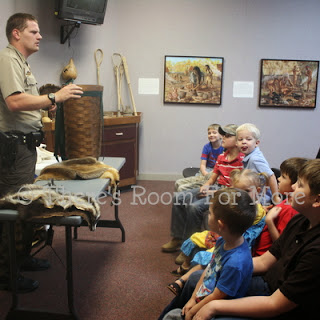 What a busy month we've had! Between field trips and computer issues, blogging has been very difficult. Hopefully, I can make up for it over the next few days. :) 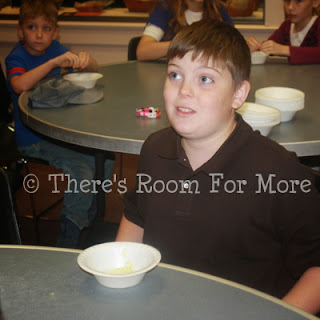 We started off the month by heading to Parkin Archaeological State Park for their annual Homeschool Sawmill Days. A big reason the Casqui Indian artifacts are so well preserved is due to the Northern Ohio Sawmill. 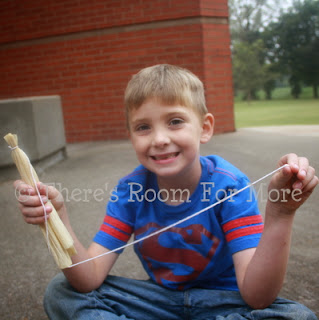 The mill employees occupied the Casqui site in the early 1900s and prevented the area from being farmed. During Sawmill Days, the park interpreters so the kids what like was like during that time. 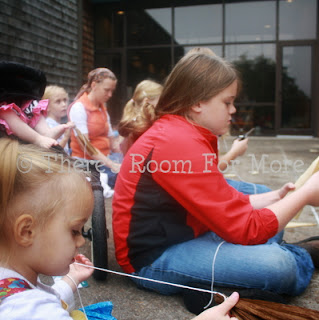 We began the day by learning about what animals were hunted and trapped in order to feed the people and then moved to learning about food preservation. 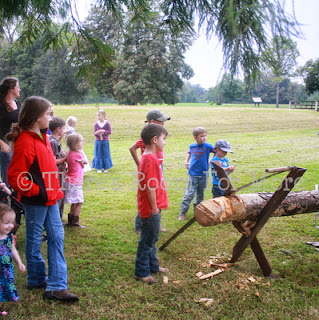 The highlights of the morning were the making of corn husk dolls and attempting to saw a log using a cross cut saw. 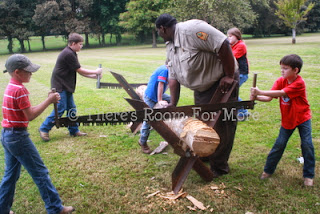 Mary Claire and Henry didn't want to be left out of the experience but found themselves running alongside Ty and Griffin as they did the heavy work. 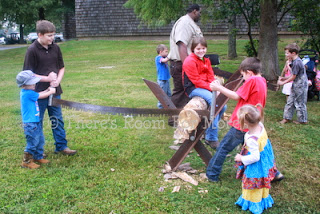